The Scientific American article below from way back in 2016 points out that we
have already been flirting with 1.5C
(In 2016 CO2 peaked at 403ppm, today it's 418ppm, almost 4% higher.)
and the concentration of atmospheric CO2 keeps rising even though global emission
levels have dropped 17% with economic slowdown and lockdown with covid19.
This is an indication that more CO2 is being released due to the Earth becoming
more of an emission source than a sink
which will be happening even more as the permafrost melts, the oceans release
their dissolved CO2 as they heat more and the rainforest ecosystems collapse with global heating. 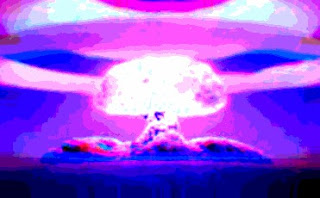 MUST READ SCIENTIFIC AMERICAN ARTICLE
MY AUDIBLE BOOKS FOR THINGS YOU CAN DO ABOUT THIS
at June 13, 2020 No comments:

There's a HUGE CHANGE A'COMIN - We need to consider all possibilities that are available to us from the evolution of our technological innovations.  It's technology that gets us into this mess, so it may have to be the highest levels of technological achievement that gets us out of it. 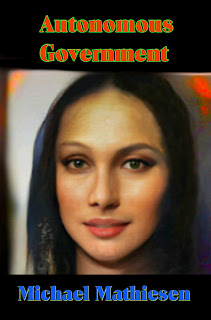 2.  Control of the AIM network of computers will be placed under the authority of a Board of the world’s most respected Scientists.  This board  of no less than 25 members shall be appointed to office by the National Academy of Science.  They can come from all disciplines and their term in office shall be no longer than 5 years and can only be changed by a Global Ballot Measure as directed by the One World Government under the Global Constitution.

3.  The Scientific Overseeing Board whose sole duty is the ongoing control and maintenance of ‘AIM’ shall make all decisions in regard to its operation and will also supervise and police a work-group who will constantly operate and program the AIM in pursuit of its mission.   The Board’s decision on hiring and firing or punishment for malfeasance will be final, without the possibility of appeal.

And, Hackers Beware!  Anyone found to be intentionally hacking into the AI Network and found guilty will face the Death Penalty.  The punishment will be imposed swiftly, without any possibility of appeal nor any possibility of escape.  I don’t normally support the Death Penalty.  Too many innocent people have been murdered by the state in this manner.  Too many things can go wrong during a trial, such as evidence is withheld, mistaken identity.  All of these things have happened too many times.

However, in the case of the potential extinction of the Human Race, if it were to happen because of a deranged mind of a hacker, AND the case were proven beyond any possibility of any doubt at all, then this is one place where the Death Penalty would be justified, of course.  But, we can’t allow this system to be hackable in the first place.  There’s just too much at stake and this is why I have proposed so many layers of safeguards on the system.

There are many people who will criticize me for this idea and probably even laugh at me until they realize that they need to compare a system of logic to rule over us versus the system of complete incompetence and tyranny that rules over us all right now.  If it’s not bleedingly obvious to you that we are  at a cross-roads where events demand that we try some other form of management for the planet we live on, then I have nothing else to say.  Shut this book, throw it in the trash.  Surrender to the Evil all around us and go home and wait for the wave of destruction to overwhelm your home and your family.

But, before you go down the road of total capitulation to Evil all around us, keep your mind open for a few more minutes and let’s examine the variety of Artificial Intelligence that I see that can be relied upon for our total safety and security for many decades or even centuries to come.

First, you need to know that a computerized mind cannot disobey it’s orders.  It also has no motivation to disobey its set of orders.  The artificial mind has no personality.  It has no human frailties such as greed or lust, envy or hunger for power, as too many humans have embedded in their DNA.  Therefore, it’s important to know that the Artificial Intelligence that we program for the job of managing our planet and our civilization has the primary order of not doing any harm to any human being or group of human beings.  It also is programmed that any inaction that would threaten a human or group of humans is also not tolerated.  This is the first and highest order of its program that it cannot deny in any way.

So, ask yourselves, when you continue this section of my book if you can even imagine any political leader of the past 100 years who would exhibit this same level of discipline and control of their baser instincts.  Compare and contrast what you are about to read with what is going on now on this Earth.  This should give you the best perspective to more easily digest what we are about to discuss.

In a ground-breaking work of Science Fiction, ‘I Robot’ Isaac Asimov proposed the Three Laws of Robotics.

2.  A robot must obey orders given it by human beings except where such orders would conflict with the First Law.

3.  A robot must protect its own existence as long as such protection does not conflict with the First or Second Law.

In a few minutes, I will introduce the Fourth Law of Robotics that I think is the only missing piece as to how we can all be assured of our continued survival on planet Earth.

We begin our Artificially Intelligent Government system here with the first three laws of Robotics.  The programming, if followed to the letter will not allow any logical machine to bring us harm as you can see.  The first order of magnitude is that the artificial mind must obey all of its orders from human beings.  These orders can be laid down in their order of priority and in that way, all orders that we give the system would be created for our own health, safety, prosperity and freedom from fear.  These would have to be obeyed.

But because we will use multiple sets of robots in our new form of Government, the AI Government, we must start our system of Government by replacing the word ‘Robot’ with the phrase, ‘The Autonomous Government’.

The three laws of the Autonomous Government.

2.  The Autonomous Government must obey orders given it by human beings except where such orders would conflict with the First Law.

3. The Autonomous Government must protect its own existence as long as such protection does not conflict with the First or Second Law.

These three laws are given the most weight over all others that we place beneath this overall, most modern, High-Tech Constitution, the basic law of the land, or what we will be calling - The Algorithm, an algorithm being well-known in the discipline of Computer Science to be merely a set of rules that any given computer or Artificial Intelligence must obey.

Remember, these laws are the key to addressing all of our fears generated by the movies.  When programmed into the Algorithm and reinforcing each other, they can control any subjugated form of Intelligence far and above any ordinary concerns.  The fact that our Government must always take its orders from humans, doesn’t mean that it takes orders from any random human beings.  The human beings in control, by my definition of this system are a special breed of humans.  More on that later.

ALL PART OF THE OFFICIAL GREEN NEW DEAL 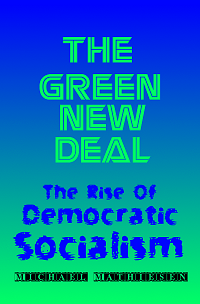 New Battery that lasts thousands of years and GETS its energy from NUCLEAR WASTE IS IT TOO GOOD TO BE TRUE? Will it save the Earth? YOU BE ...